Read the full story here in the New Haven Independent

New Haveners will have a chance to share their memories of the late Black Panther and social justice advocate George Edwards at an event set for Saturday, Oct. 29.

Edwards, possibly the most spied-on and messed-with activist in town and an omnipresence at public events, died Sept. 16 at the age of 85. (Read a full story about his life here.)

The memorial event in his honor will take place at the Dixwell Q House on Dixwell Avenue. It is scheduled to run from 11 a.m. to 2 p.m.

His daughter Elizabeth Dickerson asks anyone wishing to speak at the event to contact her in advance at liz_dickerson@sbcglobal.net.

Attendees are also encouraged to bring gently used clothing to the event to be distributed to the needy.

This GoFundMe drive has been established to help pay for funeral costs. Some money will also go toward placing Edwards’ name on a brick at the Q House

Unidad Latina en Acción is organizing a ceremony and protest for Indigenous Peoples’ Day of Resistance on Wednesday, Oct. 12, from 5-7 p.m. on the New Haven Green. For more information, please go to the website ulanewhaven.org or facebook.com/ULANewHaven.

In previous years there were also events the second Monday in October. Please check the internet for local Indigenous Peoples’ Day events for Monday, Oct. 10.

Dmitry Muratov, an independent Russian journalist who covers Russian politics and policy and an open dissenter of the war in Ukraine, will be speaking at Southern Connecticut State University on Friday, Sept. 9, 2022 at 7 p.m. in the John Lyman Center for the Performing Arts.

With U.S./Russian relations at their most contentious since the Cold War, Muratov’s visit is well-timed to deliver a unique insider perspective on the hostage situation involving WNBA star Brittney Griner and the escalating civil unrest in Russia, which most recently includes the raiding of anti-war protest journalist Marina Ovsyannikova’s home.

Upon the Russian invasion of Ukraine in February 2022, Muratov released editions of his newspaper, Novaya Gazeta, in both Russia and Ukraine in defiance of the Russian media watchdog’s rules. The paper was forced to suspend publication in March amid repression of critics of the offensive in Ukraine, and in July was set to be stripped of its license under court order.

Seven Novaya Gazeta journalists have been murdered since 2000, in connection with their investigations.

Muratov has established himself as a highly regarded advocate for an independent press and is well-known for investigating abuses of power. He was awarded the 2021 Nobel Peace Prize for his “efforts to safeguard freedom of expression.” In June 2022, Muratov auctioned off his Nobel Peace Prize for $103.5 million, with all money going to benefit Ukrainian refugees.

Muratov is the co-founder of Novaya Gazeta, established in 1993, and served as its editor-in-chief from 1995 to 2017, and once again in 2019. Muratov was the recipient of various honors, including the International Press Freedom Award in 2007 from the Committee to Protect Journalists.

Sponsored by SCSU Integrated Communications & Marketing, the Judaic Studies Program, and the departments of Political Science, History, Journalism, and English.

Celebrating 30 years of Between The Lines on the air! March 24

Register for this online panel discussion at EVENTBRITE.COM
(https://crisisinjournalism.eventbrite.com) with any donation amount.

Rock to Rock is moving ahead for this spring, working with over 20 partner organizations to take real action in response to the climate emergency and raise critical support for local environmental organizations — while respecting public health guidance.

Rides this year include 12-mile, 20-, 40-, and 60-mile rides, Family Ride in East Rock Park and other hike/ride options at East  Rock Park. Join the fun Saturday, April 30. Register at
rocktorock.org.

The Yale Center for Environmental Justice (YCEJ) and the Center for Business and Environment at Yale (CBEY) welcome you to join them Mondays at 2:30 p.m. for the Energy Justice Seminar series, which aims to explore “the multifaceted and exciting role of justice in the clean energy transition.” The seminars are free and open to the public.

Energy justice refers to the goal of achieving equity in the social and economic participation in the energy system, while also remedying social, economic, and health impacts on those disproportionately harmed by the way we produce and consume energy. This series will draw from multiple disciplines, including but not limited to law, sociology, anthropology, and economics and will cover broad topics on policy and regulation, community advocacy, housing, transportation, labor, utilities, and more.
To register, visit cbey.yale.edu/programs/yale-energy-justice-speaker-series-spring-2022.

Upcoming lectures are listed below.

CT Northeast Organic Farming Association is proud to present our 40th Winter Conference to be held virtually over the course of two weeks, starting Feb. 11 until Feb. 26. In week one, we will offer over 20 workshops on farming, seed saving, organic land care, community food security, social justice issues, and more. In week two, we will host small in-person meet-ups around the state to gather and share much-needed social connections.

Join us as we learn, grow, innovate, and think critically about what our food and farming will look like in the future.

This year, we are implementing a sliding scale pricing model, allowing us to practice economic solidarity, providing mutual support for the cost of our programs. In this way, we make our education more accessible and help cover costs of operation. Choose the pricing tier that fits with your income and access to wealth, and help us create a more just, inclusive, and equitable conference. Many thanks to Soul Fire Farm, and Rock Steady Farm for their vision and leadership in advocating for equitable pricing models. Minimum registration fee is $15. Scholarships are still available thanks to our generous donors and sponsors. There is a link to request a registration fee waiver on the registration page for the conference at ctnofa.org.

Lynda.com gets an upgrade

Previously named Lynda.com, LinkedIn Learning has returned as an upgraded platform with double the number of courses available in six more languages. Choose from thousands of online courses to learn in-demand skills from real-world industry experts. You can find course recommendations tailored to your interests so you know exactly what to learn next. LinkedIn Learning tracks the courses you have in progress and lets you set weekly goals to help make lifelong learning a part of your regular routine.

Rally includes ghosts and witches and other creepy things….

Special Awards to be presented:
Dracula Award for institution that keeps sucking from future generations and their present GHG emissions will be attacking life for 1000s of years. 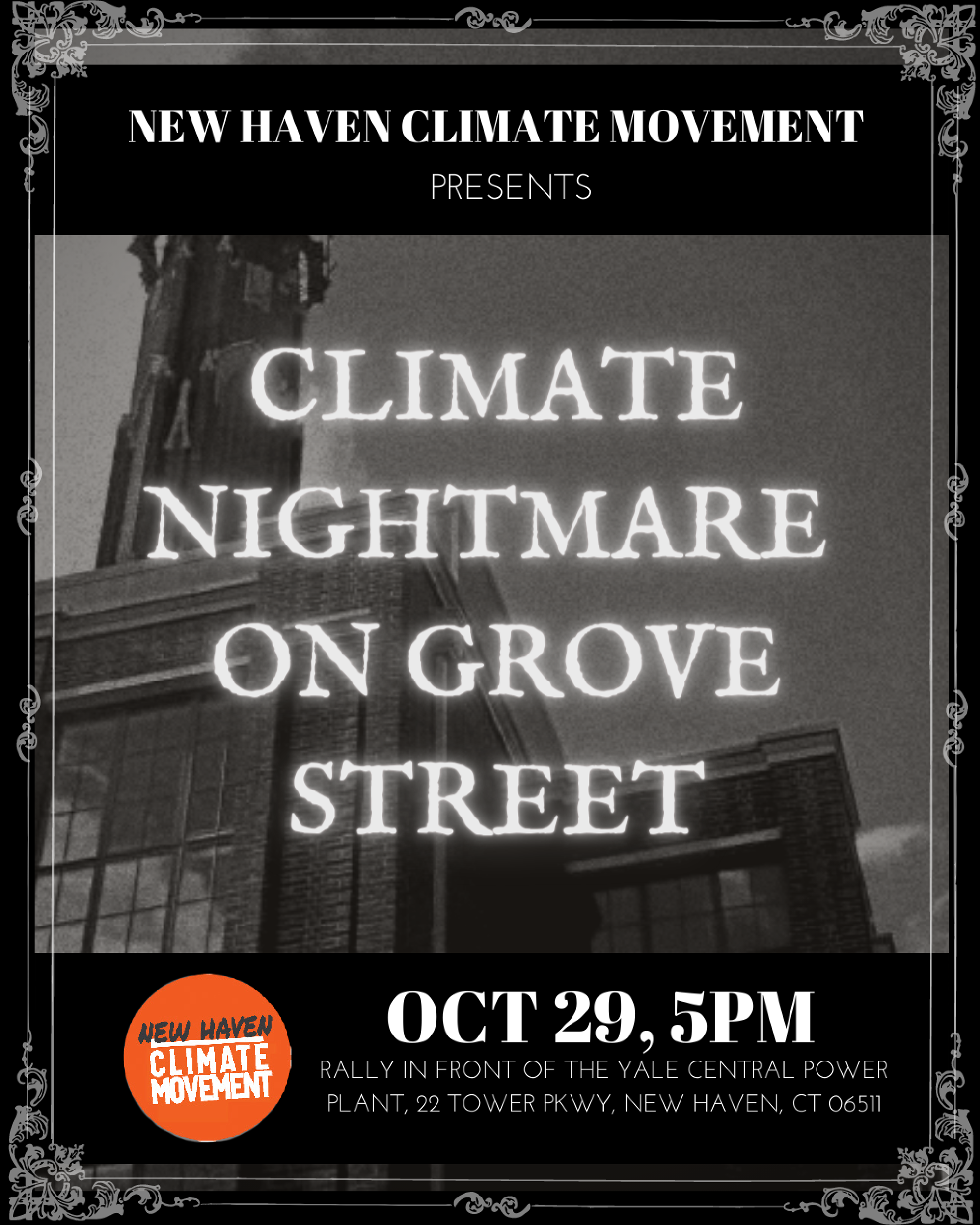 There will be a Tweed Airport Update meeting on from 7 p.m. to dusk, Thursday, July 8, at the Fort Hale Park Pavillion, 20 Woodward Ave. Mayor Justin Elicker and Airport Director Sean Scanlon will explain the 43-year privatization deal.

With new Boeing 737-700s landing at 95 decibels, and prevailing winds at Tweed shifting toward every neighborhood, we must work together to address air and noise pollution.

For more information on 10,000 Hawks, email 10000hawks@gmail.com or visit them on Facebook at https://www.facebook.com/groups/10000hawks.