After what happened to Richard ​“Randy” Cox, New Haven State Sen. Martin Looney said, he has new evidence to support passage of a state law requiring ​“immediate emergency medical services to an individual who experiences a health emergency” while in police custody.

Looney, the State Senate’s president pro tempore, proposed such a law in this year’s legislative session: Senate Bill 445, An Act Concerning the Provision of Emergency Medical Services to an Individual Who Is in the Custody or Control of a Peace Officer.

But it never made it to the floor of the state House of Representatives. So the bill died. It didn’t become law.

Then, on June 19, Richard Cox’s head slammed against the wall of a police conveyance van when the driver slammed on the brakes. He injured his neck and back; he couldn’t move. Rather than get him immediate attention, the cops brought the 36-year-old New Haven man to the lock-up, ordered him to stand, accused him of lying about his injuries, placed him in a wheelchair, then dragged him on the floor to a cell, before an ambulance crew took him to the hospital. 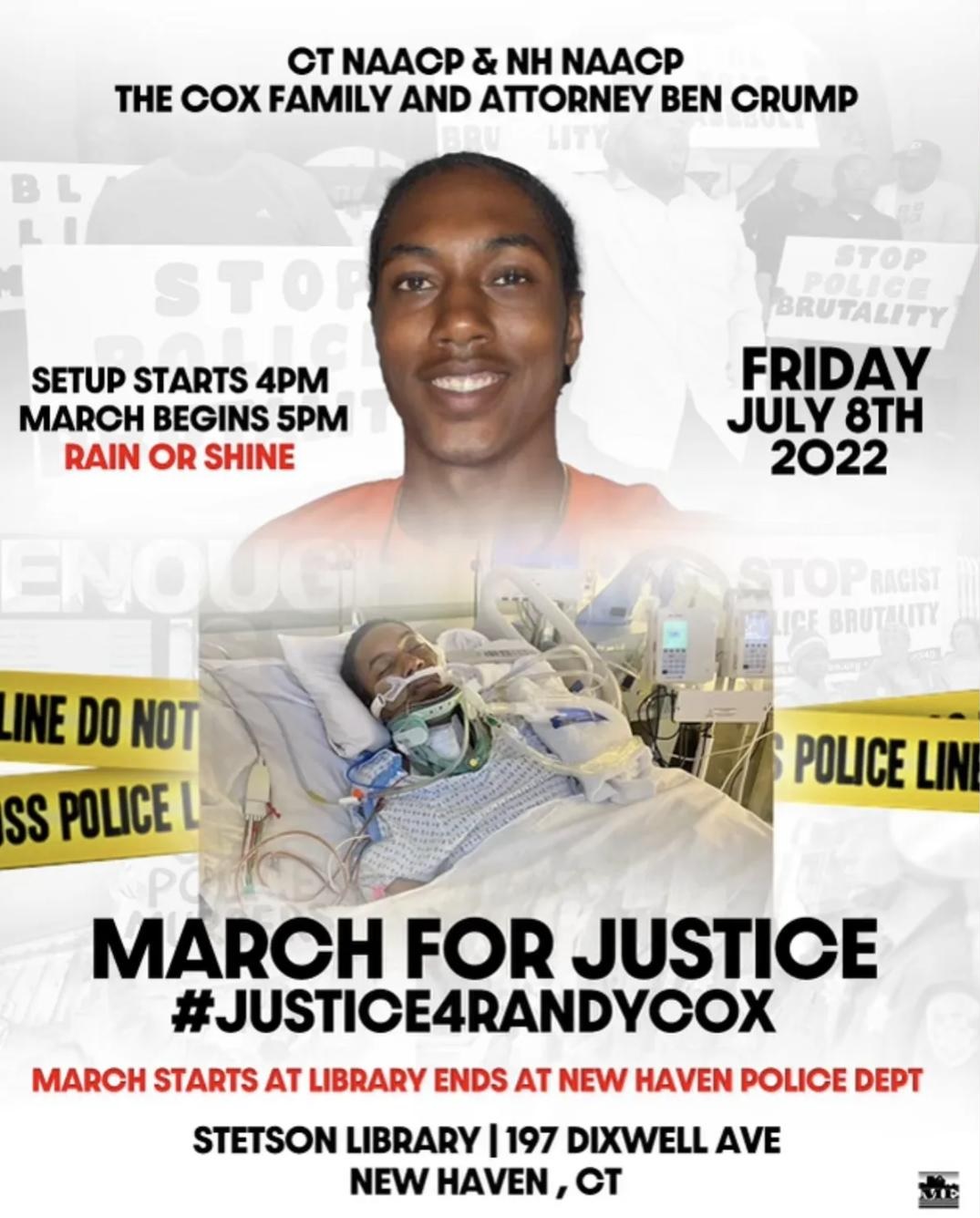