We are Each A Precious Entity: The Activist Life of Caroline Bridgman-Rees

The following is an edited version from the tribute written by PJ Deak for the Unitarian Society of New Haven. 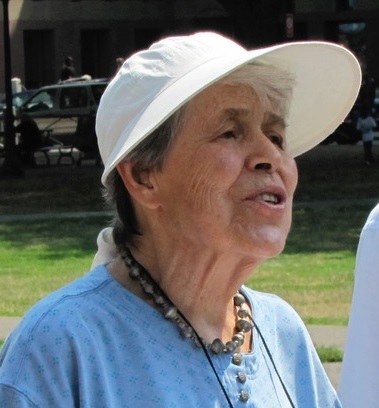 Caroline was born on New Year’s Eve, 1922 and grew up on Staten Island. Her father, a Yale graduate, was a history professor at NYU for 29 years. A decorated war veteran, he came home from WWI in 1918 traumatized by the horrors of war, its barbarism, death, and destruction.

As a result of her father’s experiences, Caroline became very aware of the toll and folly of war – and of the importance of working for peace. In 1945, Caroline, 22, a Phi Beta Kappa and recent graduate of Smith College, joined the Red Cross. She sailed on a ship to the Philippines where she worked with the Red Cross until 1946 when she went to Korea. Why did she do it? To see the world and “to see life with the soldiers.”

She remembered the bombing of Hiroshima and Nagasaki with horror and condemnation – a bombing that in her words “was totally against moral and international law and which began a frightful new era that threatened all life on earth.”

In the 1960s, Caroline began her teaching career at Bradford College in Massachusetts – teaching Asian History and Philosophy. Caroline became increasingly concerned about the conflict between the US and both the Vietnamese liberation forces and all of Indochina. 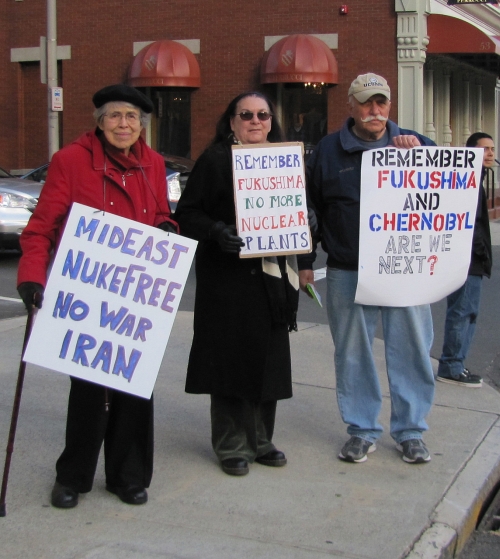 She joined a number of prominent peace organizations: The American Friends Service Committee; Sane/Freeze – later known as Peace Action; The Women’s International League for Peace And Freedom; The War Resisters League; Mobilization for Survival; and because of her service in the Red Cross, Veterans Against The War.

“I felt then, as I do now, that non-violent direct action is a citizen’s responsibility when the government is committing major war crimes against humanity!”

In 1972 Caroline was one of 171 American peace leaders chosen to attend the Paris Peace Talks. Also in 1972, she was part of a team of women who traveled to India and conducted interviews with Indian women about the role of women in the world – Caroline even had the privilege to interview Ms. Ghandi. In 1973, Caroline, her husband and 10-year-old son traveled through India, Burma, Thailand, Hong Kong, Laos, Cambodia and Vietnam.

Caroline became involved with the United Nations as an NGO representative, and also was active with the Greater New Haven Peace Council. In 1991-1992 she spent a year in England giving 45 separate lectures on Nuclear Disarmament and attended an international peace conference in the Netherlands.

When the first Iraq War began, Caroline was active as the anti-war movement surged anew – seeking avenues for mediation and diplomacy rather than violence.

Caroline attended meetings to discuss and take action on the wars in Iraq and Afghanistan, spoke out about the size of the US military budget, the number of US military bases around the world (over 1,000) and the pollution they are allowed to create. She wrote letters to the editor that were published in the New Haven Register and participated in the New Haven Peace Council and the Unitarian Society of New Haven Peace Task Force.

“We need community, not guns. We must create a world with love, and caring and cooperation.”