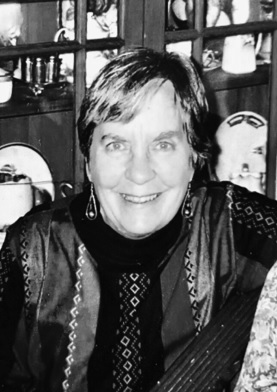 Many PAR readers from New Haven during the ’80s through early 2000s worked with and were greatly influenced by long-time New Haven activist Marge Van Cleef. On October 26, Marge passed on in Philadelphia.

Marge was an organizer and activist in many peace and justice groups and international solidarity organizations, a teacher and a church organist. She introduced many activists to the need for non-violent civil disobedience in the course of various protests, and wrote many articles and leaflets. She was tenacious and consistently urged people to pay attention in the struggle for justice.

In the 1980s, Marge was in Educators for Social Responsibility, and, along with Sally Joughin (who helped found PAR years later), visited classrooms to discuss with the students the views of Soviet children, nuclear weapons, how government decisions impact the students and how students can impact the government. Marge and Sally developed a full curriculum and got permission from social studies teachers to talk with over 100 classrooms.

Marge was active in many groups and was looked to as a leader. Some of the groups are the Pledge of Resistance, the Coalition to Stop Trident, Women’s International League for Peace and Freedom, New Haven Coalition Against War in the Gulf, and Peace and Justice News and Views.

Her activism continued when she moved to Philadelphia in 2004. The Brandywine Peace Community shared these words from Tina Shelton, Marge’s colleague in the Philadelphia branch of Women’s International League for Peace and Freedom:

Marge died on Tuesday, October 26, 2021, at the age of 86. Our friend, leader, challenger, organizer, valiant and tireless peace activist has breathed her last.

Her intellectual prowess was admired as much as her steadfast hold on her ideals. She read widely and integrated her constant learning into her action. She challenged our opinions and helped us to take another look, while staunch-ly advocating for anti-capitalism, anti-racism, and against all war and violence.

She and her partner, Bill Dyson, created a monthly vigil against drones, recognizing that drones were potentially able to gain acceptance as a less lethal form of warfare, a view that she was determined to work against.

The following excerpts are from her obituary notice. It can be read in its entirety at https://hrfuneral.com/tribute/ details/876/Marjorie-Van-Cleef/obituary.html

Marge was a teacher and advocate for social justice. She was committed to a world without weapons, to the protection of the environment, and to equal justice. This led her to vigil and demonstrate, and to be a witness through civil disobedience when necessary. She participated fully in many peacemaking groups – as an organizer, strategist, teacher, and friend. These groups are too numerous to mention, but included Women Against Military Madness, the Trident Coalition, the Women’s International League for Peace and Freedom, the Atlantic Life Community, Witness for Peace, and SANE/Freeze. She amassed several collections of significant documents related to this work and those collections are housed at colleges and universities in the United States.

A memorial gathering in New Haven is being organized.