There is a chance for Connecticut legislators in this session to approve large-scale shared solar projects with the passage of SB 928. However, instead of facilitating shared solar throughout the state, the Energy and Technology Committee, contrary to its own commissioned study, revised the bill to allow only two pilot projects (one being a two megawatt capacity and the other a four megawatt) for three years. When public testimony was accepted in March, hundreds of Connecticut residents wrote, telephoned and spoke to their legislators and members of the Energy and Technology Committee to encourage large-scale shared solar projects throughout the state. 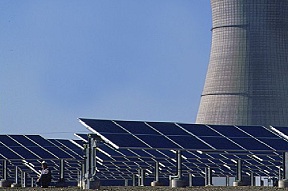 Needless to say, Fight the Hike members are disappointed that the Energy and Technology Committee wants to hold back on increasing the number of sustainable energy projects for CT residents. Large-scale solar investment has been successful in Massachusetts and other states. Pilot projects are not necessary to track its feasibility. It works!

Unfortunately, it looks like our governor, the Dept. of Energy and Environmental Protection and others are side-stepping the expansion of solar energy and developed a disastrous policy to broaden natural gas transmission. We rate-payers will pay huge extra costs for increased gas development and have no guarantee of cheaper energy.

In addition, the price of electricity is tagged to the price of natural gas.  Is it an accident that UI and its parent company, the Spanish giant Iberdrola, are also very much involved in the natural gas and renewable expansion industries? The fact is these companies want to stall solar power until they can create rules and laws that will allow them to monopolize and grab the lion’s share of profit from these new industries away from the wonderful competitive pool of small solar companies (many growing right here in Connecticut) while the utilities also benefit from gas expansion. At present they want to hide the true value of solar power so as to control it.

The Energy and Technology Committee’s own commissioned study by the Connecticut Academy of Science and Engineering called for a large-scale shared solar project. Why would they ignore their own scientific report? Has some kind of back-room pressure been applied to sabotage progress, a free market and to keep rate-payers tied to the over-priced energy of corporate monopolies?

Please contact your legislators and the co-chairs of the Energy and Technology committee to let them know you support expansion of shared solar in CT.