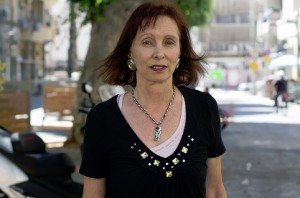 Ofra Yeshua-Lyth is a veteran journalist and author. She was a correspondent for Israel’s second largest news-paper Maariv in Germany and in the US. She’s a member of the Committee for One Secular Democratic State in Palestine-Israel. Her book The Case for a Secular New Jeruslaem is subtitled: “A Memoir.” Her grandmothers came to Palestine in the early days of Zionist settlement and her book is rich in personal stories.

An article about her on Mondoweiss is available at mondoweiss.net/2014/10/ofra-yeshua-israeli
Come meet her in New Haven Wednesday, October 29, at 7 p.m. in the NH Public Library, 133 Elm St.

On Nov. 1, 8 p.m. at Southern Connecticut State University, Charles Garner Auditorium, Engleman Hall (C112), join us for the one-night only performance of “My Name is Rachel Corrie,” a one-woman play about the American peace activist Rachel Corrie who was killed in Gaza in 2003 at the height of the Second Intifada while working with the International Solidarity Movement to prevent home demolitions. The play was a hit in London and New York. It is based entirely on Rachel’s own diary entries and emails from her mid-adolescence through her coming of age, to her untimely death.

END_OF_DOCUMENT_TOKEN_TO_BE_REPLACED

On Nov. 1 and 2 the Bioregional Group, New Haven Land Trust, Food Policy Council, Common Ground, New Haven Farms and other groups from the New Haven community are co-sponsoring workshops by Jonathan Bates, Permaculturist. We are able to offer the event for free because of a grant we received from the New Haven Green Fund. 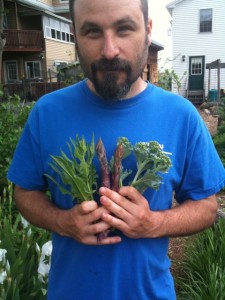 In “Edible Forest Gardening: Living Sustainably in the City,” Jonathan Bates, owner of Food Forest Farm and contributing author of “Paradise Lot: Two Plant Geeks, One-Tenth of an Acre, and the Making of an Edible Garden Oasis in the City,” will show you how he transformed a blighted urban yard into an edible paradise. By using permaculture design he’s created both beauty and abundance, meeting human needs while improving ecosystem health.

END_OF_DOCUMENT_TOKEN_TO_BE_REPLACED

This year’s Amistad Awards will be presented by the People’s World on Sunday, Dec. 7 at 4 p.m. at a “People & Nature Before Profits” anniversary rally in New Haven at Cooperative Arts and Humanities High School, 177 College St. (entrance corner of College and Crown).

Rising inequalities, climate change and war are giving rise to new organizing by youth, low-wage workers and the 99% for a society that values the needs of people and nature before corporate profits.

The event will celebrate the contributions of Meg Riccio, Alberto Bernandez and Daniel Durant, three leaders and role models who challenge economic and racial inequality and who are in the forefront to get out the vote for jobs, health care, union rights, immigrant rights and the needs of youth.

END_OF_DOCUMENT_TOKEN_TO_BE_REPLACED

by the PAR Planning Committee

Milada Marsalka, founding member of PAR (1993), long-time president of the Women’s International League for Peace and Freedom, New Haven County Branch, and a fiery activist in countless struggles for peace, labor rights, equality and justice, had the foresight to write about her life. She died in 2000 at the age of 95, leaving a manuscript that could inform and inspire others.

Through the diligence of Milada’s nieces, Regina Stevenson and Catherine Nathan, “Pursuing Peace: Memoirs of Milada Marsalka” has been published.

Thanks to New Haven/León Sister City Project, a box of books was shipped to New Haven. You can purchase your copy of Pursuing Peace from PAR for $15. Please call Paula at (203) 562-2798 to arrange your pick-up. This book makes a great gift!

For a description of the book go to the publisher’s site: https://wordassociation.com/memoir%20book%20page/pursuingpeace.html.

This is an amazing free opportunity to learn more about marketing a non-profit organization! On Nov. 22 at 5 p.m., Brian Keane, author and president of SmartPower, will give a talk at the Friends Meeting House, 144 S. Quaker Lane, West Hartford. SmartPower has just been named “The Best Nonprofit Marketing Firm in the United States” by Wealth and Management.

END_OF_DOCUMENT_TOKEN_TO_BE_REPLACED

Compatible with many different areas of study, Women’s Studies allows students to explore the nature of women’s status, circumstances, and objectives across the boundaries of academic disciplines, cultures, and historical time periods.

END_OF_DOCUMENT_TOKEN_TO_BE_REPLACED

Pastors for Peace: Why the World Needs Cuba

At 7 p.m. Monday, Nov. 3 the annual Mark Shafer Lecture, sponsored by Promoting Enduring Peace, will feature Gail Walker, Director of Pastors for Peace and the Interreligious Foundation for Community Organization. Held at the Yale Divinity School, 409 Prospect Street, Niebuhr Hall N12, parking is available and the event is free and open to the public.

Ms. Walker has staffed more than 15 caravans of humanitarian aid to Cuba and Central America and worked extensively with marginalized communities including the Garifuna in Honduras and Nicaragua. She is an award-winning radio producer, on-air host and journalist and holds an MA in Media Studies from the New School. 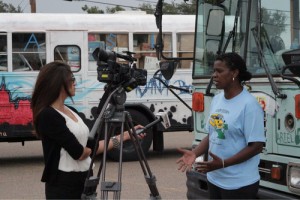 Gail Walker is interviewed by a television crew.

Do you want to:

Apply now and join activists from across the Northeast US for WRL’s Training for Trainers.

END_OF_DOCUMENT_TOKEN_TO_BE_REPLACED 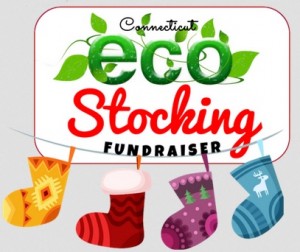 We are working with Connecticut businesses to fill 1,000 stockings! Participating business contribute 1000 items for inclusion in the stocking and its promotional campaign. Stockings will be available for order by and for CT residents beginning Nov. 1 at www.ecostocking.com and delivered USPS Dec. 15-18, 2014.

END_OF_DOCUMENT_TOKEN_TO_BE_REPLACED

Visit PAR-NEWHAVEN.ORG for the latest news from Progressive Action Roundtable

Visit PAR-NEWHAVEN.ORG for the latest news from Progressive Action Roundtable

It is with great sadness that we notify our readers that on Sept. 20, New Haven resident, activist and clinical social worker Irm Wessel passed on. Our condolences to her husband Dr. Morris Wessel and her family. She influenced many people, professionally and personally, and will be greatly missed. The following are excerpts from the New Haven Independent website www.newhavenindependent.org/ index.php/obituaries/entry/irmgard_rozensweig_wessel_881.

Help Us Close the Last Coal Burning Plant in the State‏

On Monday, Oct. 6 bring signs to our press conference in Bridgeport City Hall just before a vote by the City Council on a resolution calling for the closing of the coal burning power plant in Bridgeport. The plant is a double menace. It excretes mercury, sulfur dioxide, nitrogen oxide and microscopic toxic particulate matter into the local community of the South End, which is mostly low income and minority. Several years ago the NAACP reported that the plant was the tenth worst in the U.S. in terms of climate justice.

It also endangers the whole world by pouring 146,000 tons of greenhouse gases into the atmosphere each year. We’re on a path to climate catastrophe if we don’t stop those gases from warming the world much more than it already has. END_OF_DOCUMENT_TOKEN_TO_BE_REPLACED

In 1979 after 40 years of a brutal dictatorship and additional years of a bloody insurrection, the people of Nicaragua vanquished the Somoza family and established a new government headed by the Sandinistas. The response of the Reagan administration was to accuse the leaders of being Communists, to justify covertly supporting the counter-revolutionary forces against the duly elected leaders of the country.

People from around the world, including the U.S., under the established vehicle of Sister Cities, began a non-violent movement in solidarity with the people of Nicaragua. In 1984 New Haven citizens became a part of that movement with the establishment of the New Haven/León Sister City Project (NH/LSCP). END_OF_DOCUMENT_TOKEN_TO_BE_REPLACED

Israeli Author to Speak in Connecticut

Ofra is a former correspondent in Germany and the U.S. for the Israeli paper Ma’ariv. She has written a book called The Case for a Secular New Jerusalem: A Memoir. She is a member of New Profile, an Israeli feminist organization. Venues have not yet been arranged.

On Amazon a reviewer says this about her book: “What is actually at the heart of the Palestinian-Israeli conflict? Ofra Yeshua-Lyth, in a book that is as hard hitting as it is entertaining, makes the case that at the center lays the religious nature of the Zionist movement beneath its modern-secular veneer. She uses the stories of her grandmothers — women who immigrated to Palestine in the early days of Zionism from Yemen and Russia with high hopes, courage and grace — as well as other stories — to illustrate the implications of the Zionist failure to separate religion and State.

“While the Western world agonizes over Muslim fundamentalism in the Middle East, hardly any attention has been given to the Israeli adaptation of Judaism, which at its most extreme abhors any form of cohabitation with non-Jews.”

Read an article about her on Mondoweiss http://mondoweiss.net/2014/10/ofra-yeshua-israeli

Syracuse, NY — Carrying flowers and documents to Hancock drone base can result in severe consequences. Drone resister, Mark Colville, of the Amistad Catholic Worker in New Haven, Conn., was found guilty, after a two day trial and 50 minutes of deliberation by a De Witt Town Court jury.

On Dec. 9, 2013, Colville and two Yale Divinity students brought a People’s Order of Protection to the front gate of the base to prevent further victims of drone attacks perpetrated from inside Hancock Airbase. This action was in response to a request on Nov. 25, 2013, by Raz Mohammad, an Afghan, whose brother-in law was killed by a U.S. drone strike. Gate personnel rejected the petition.

Colville, who’s not an attorney, chose to represent himself. END_OF_DOCUMENT_TOKEN_TO_BE_REPLACED